HomeCanberra Declaration: Towards a Representative National Estate of Documentary Heritage

Canberra Declaration: Towards a Representative National Estate of Documentary Heritage

Canberra Museum and Gallery
Wednesday, May 15, 2019

Under the auspices of the UNESCO Australian Memory of the World Program, representatives of key sectors, professional groups, institutions and community stakeholders held a summit meeting in Canberra in December 2018 to discuss how to improve and better coordinate the identification and preservation of the distributed national holdings of documentary heritage materials for the benefit of current and future generations of Australians. The following resolutions were passed at this summit meeting.

1. Asserted that ongoing preservation of and access to documentary heritage in all its forms is vital to sustain and enhance civil society, cultural memory, social cohesion and a healthy democracy in Australia. Fostering the documentary component of our national memory is essential if Australians are to be able to understand, debate, explain and account for ourselves.

2. Recognised valuable ongoing efforts across a range of sectors, programs and communities involved in preserving Australia's documentary heritage and the need to leverage these efforts through enhanced strategic collaboration.

3. Noted that a vast quantity of documentary evidence of life in Australia is produced every day and that it is only possible to consciously and effectively preserve a tiny proportion of this documentation to help future generations understand the history of life in this country. It is therefore essential for those organisations and programs that preserve documentary heritage to work together try to ensure that what is kept reflects the significant, unique and distinctive aspects of life in Australia, in all its diversity.

4. Asserted the importance of the notion that there is a 'distributed national collection' of documentary heritage, whereby thousands of organisations, institutions, individuals and initiatives across the country contribute to the totality by taking responsibility for particular components of the national documentary estate. These include archives, libraries, museums, community organisations, oral history programs, universities, personal and family collections, and private companies and associations.

6. Asserted the importance of involving the entire Australian community, beginning with Aboriginal and Torres Strait Islander people, in the processes and decision-making in relation to building and sustaining the distributed national holdings of documentary heritage. By March 2019 Summit participants will identify key issues, communities, groups to be targeted for further discussions.

7. Resolved to pursue collaborative research, and the necessary funding to support such research, to improve our knowledge of current strengths, gaps and weaknesses in the existing distributed national holdings; together with useful models and strategies for improving those holdings. This will include engaging with universities to develop one or more research proposals to adapt and/or update appropriate reference frameworks for documenting Australia.

8. Resolved that the UNESCO Australian Memory of the World Committee is the logical entity to exercise ongoing oversight of coordinated effort and national machinery in this area and that the Committee should work with GLAM Peak to maximise the involvement of documentary heritage programs and practitioners across the country.

9. Calls on the Australian Government, as a member of UNESCO, and other Australian governments through the Meeting of Cultural Ministers, to support the UNESCO Recommendation Concerning the Preservation of and Access to Documentary Heritage including in Digital Form and acknowledge the key responsibility that government has to properly fund and support collective efforts to coordinate and preserve Australia’s distributed national holdings of documentary heritage.

11. Resolved that the UNESCO Australian Memory of the World Committee should develop a collaborative plan of action for documenting Australian society by June 2019. Key pieces of work that need to be pursued within this plan of action include:

You can read four papers by Maggie Shapley, Adrian Cunningham, Laura Millar and Michael Piggott relating to the Documenting Australian Society Summit below. 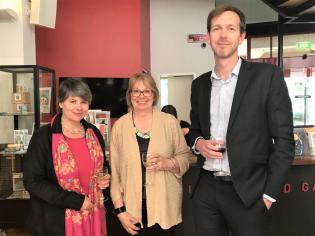