The vast collection of the High Court of Australia, with a date range from 1903 to 2003, includes judges' notebooks, correspondence between members, reports and records of judgements. It illustrates the development of Australia's common law practices and principles. It also includes a range of images and film of the opening of the original court and of the new High Court building in Canberra. 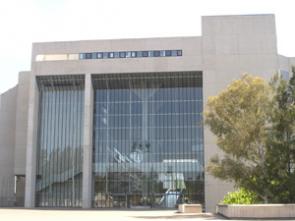 The High Court of Australia
More information about this listing is available here; National Archives of Australia