Home Landmark Constitutional Documents of the Commonwealth of Australia

Landmark Constitutional Documents of the Commonwealth of Australia

This collection of landmark documents is significant as charting the evolution of Australia as one of the world's most stable and long-lived democracies. It was the first country in the world to be created as a result of a free vote of its people, and the first country to have its birth recorded by a movie camera. The documents in this nomination constitute the most significant legal instruments effecting major constitutional change in Australia over the twentieth century; and in addition the film records the nation's inauguration. The documents forming this collection have been selected to illustrate that the Australian nation is not a static but a constantly evolving entity, and their significance lies in their ability to do this. Most of the documents are original legal instruments, and include legislation, commissions, letters patent, proclamations, petitions and legal judgments. Together they are significant for their ability to demonstrate how legal documents can shape the lives of a people and the destiny of a continent. 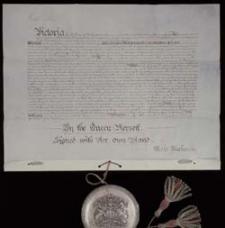