The 20th anniversary of the Australian Memory of the World Register sees ten new inscriptions bringing the total number of inscriptions on the Register to seventy-eight.

This year’s new inscriptions are a rich trove of documentary heritage of significance to Australia. They have been nominated by a diverse range of institutions and organisations, ranging from national, state and university libraries, our national war museum and a parliamentary library, Indigenous councils and university centres of excellence, heritage networks, and migrant communities.

Gaps that have been identified in our Australian Register, particularly in the coverage of the performing and visual arts, are now addressed by three of these new inscriptions: two from the performing arts sector and one visual arts collection, the first from a commercial gallery in Australia.

The records of early European settlement in Australia have been augmented by documentation of the population of NSW a little more than a decade after the First Fleet landed in 1788. The stories of a migrant community from the mid-20th century onwards have been added to the larger Migration Stories Oral Histories inscription.

The new inscriptions are:

The diaries, photographs and records of C.E.W. Bean, Australian War Memorial and the State Library of New South Wales

All inscriptions are available to view on the AUstralian Memory of the World Register page here. 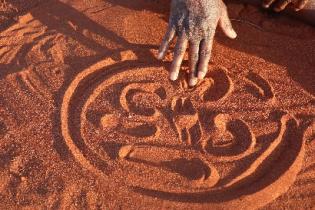