Its longevity as a digital resource demonstrates the considered approach its designers have taken to ensure sustainability and accessibility. There is nothing comparable in the world, even in the UK or USA, at a national level. AusStage is unique in its coverage of amateur and professional performance forms across regional and metropolitan Australia. 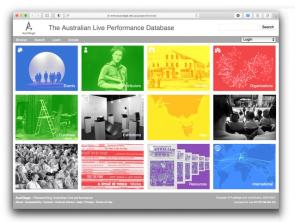 More information about this listing is available here; https://www.ausstage.edu.au/pages/search